A smart professional 3D scanner
for a next-generation user experience 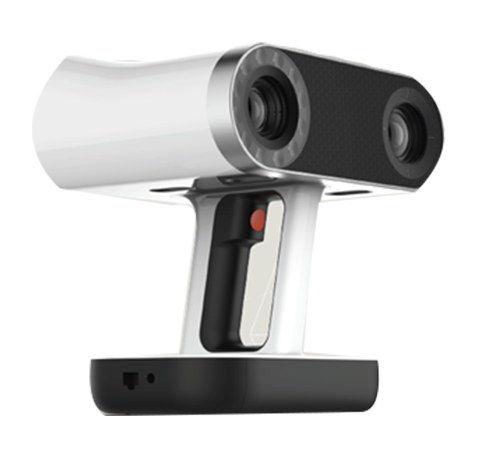 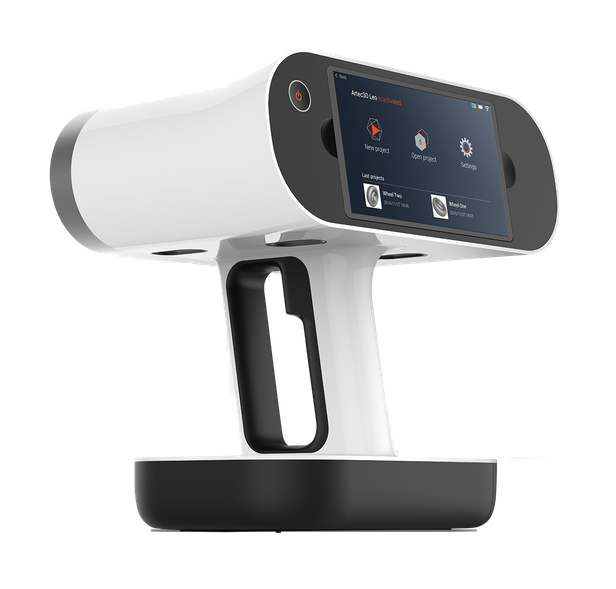 See your object projected in 3D directly on the HD display

The first 3D scanner to offer onboard automatic processing, Artec Leo is able to provide the most intuitive workflow, making 3D scanning as easy as taking a video. As you scan your object, see the 3D replica being built in real time on Leo’s touch panel screen. Rotate the 3D model, check if you have captured all areas, and fill in any parts you may have missed.

Thanks to the powerful embedded processor and the inbuilt battery, Artec Leo gives you true freedom in 3D scanning. With no need to connect to a computer or to plug into a mains power source, you can hold Leo in one hand and walk around freely, scanning your object unhampered by any wires or additional equipment. Purchase supplementary battery modules for unlimited 3D scanning on expeditions or in remote areas with no power supply.

Since the user is able to capture both expansive areas and fine detail, Artec Leo can scan a wide range of objects, from small mechanical parts to the human body, cars, boats or crime scenes. As with all Artec 3D scanners, the applications are wide and far-reaching, including industrial manufacture and quality control, healthcare, forensics, VR and e-commerce. Furthermore, Artec Leo’s new wireless functionality and internal processor allow for a wealth of integration possibilities, making it even easier to streamline your application, regardless of the industry.

Features a unique optical system developed by Artec 3D, with the 3D camera and color camera combined and directed through the same lens. This technology provides the most advanced texture to geometry mapping.

Using disruptive VCSEL light technology, Artec Leo excels in its ability to digitize hard to scan textures, including skin, and can scan well even in bright conditions. This technology also allows you to regulate the intensity of the flash to improve color capture even further.

Sweep over large areas fast, zoom in on detailed areas for increased precision.

Store 256 GB on the SSD drive. You can also extend the capacity, storing unlimited data on micro SD cards. Ideal for 3D scanning in the field!

The smartest 3D scanner on the market

The 60 frames per second capture rate makes Artec Leo the fastest professional handheld 3D scanner on the market. Furthermore, with its large field of view, Artec Leo can 3D scan and process even large objects and scenes fast and accurately. And for even greater precision, users can point the scanner closer to the object to pick up intricate detail, just as they would zoom in with a video camera. Artec Leo contains state-of-the-art technologies, including the NVIDIA Tegra mobile platform, which is the scanner’s own internal computer, featuring FPGA, CPU and GPU processors for onboard processing of huge volumes of data and running Leo’s own 3D so_ware; a built-in 9 DoF inertial system — accelerometer, gyro and compass — which allows the scanner to understand its position and environment; and a two-in-one optical system designed to spec for the most exact texture to geometry mapping.

With a built-in battery, touch panel screen and wireless connectivity, Artec Leo takes handheld 3D scanning to the next level. Have complete freedom of movement when you scan, stream to a second device, if an additional display is needed, and upload your data at the touch of a button. Add to these features a carefully balanced, ergonomic design, devised to make 3D scanning in one hand easy and comfortable, and you have a next-generation professional 3D scanner, built with usability in mind.

See your 3D model being built directly on the scanner itself. Check your model, change the settings or use some simple tools in the intuitive interface on the touchscreen. Wirelessly connect to a second screen, for ease of scanning or collaborative work.

The internal accelerometer, gyro and compass mean that Artec Leo is the only handheld 3D scanner to be able to precisely pinpoint its position within its surroundings, even differentiating between horizontal and vertical surfaces, such as floors and walls.

3D scan and process even large objects quicker than ever before

With its large field of view and up to 80 FPS scanning rate Artec Leo can capture huge volumes in minimum time.

A wealth of integration possibilities

The head of the scanner can be mounted to a robotic arm or conveyor system for automated 3D scanning, or synced with multiple devices and used in multi 3D scanner installations.

No need for targets

As with all Artec’s full powered 3D scanners, Leo uses advanced hybrid geometry and texture tracking, meaning you can really just point at your object and shoot. No need to stick targets on it (and then remove them!) 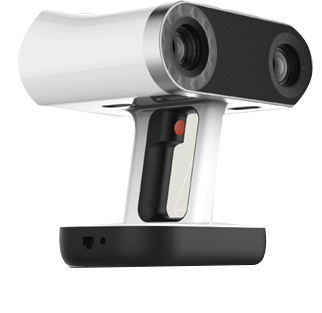 A smart professional 3D scanner for a next-generation user experience